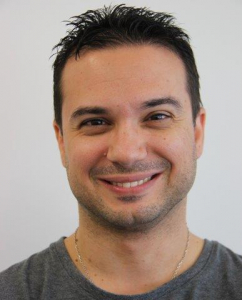 Dimitrios G. Kogias was born in Athens in 1978. He received his diploma in Physics from the National and Kapodistrian University of Athens in 2001. In December 2004 he received his M.Sc. in Electronics and Radioelectrology and in May 2010 his Ph.D degree from the National and Kapodistrian University of Athens on Algorithms for dissemination of information in Unstructured Networking Environments. He works as an Adjunct Lecturer in the Department of Electrical &amp; Electronics Engineering of the University of West Attica
(UniWA). He has participated as a Senior Researcher in various Research
projects (e.g., most recently on HORIZON 2020 projects: TRILLION, STORM and
FASTER) funded from National and/or European resources. His current
research interests include Blockchain and Distributed Ledger Technology,
Cloud Integration, Security in the Internet of Things (IoT), Machine-to-Machine
(M2M) communications and Privacy issues in these environments. His works
have been published in international Journals and Conferences, while he has,
also, co-authored scientific book chapters.