Location: UNIWA, Building B, Office B135 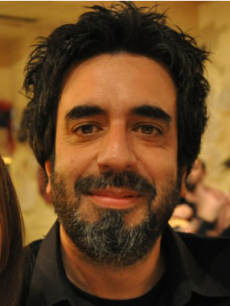 Dr. Pericles Papadopoulos is a Professor (from 2019), in the Department of Electrical and Electronics Engineering, School of Engineering, University of West Attica. He holds a Master of Science degree in Applied Mathematics (2002) from the School of Applied Mathematics and Physical Sciences of the National Technical University of Athens (NTUA): << Invariant Sets and Attractors- The sine-Gordon Equation >>, as well as a PhD in Applied Mathematics (2003) from the same school, entitled: <<Asymptotic Behavior and Stability Results for Quasi Linear Wave Equations of Kirchhoff Type on R^N >>. He worked as a post-doc researcher in Applied  Mathematics under the financial support of the program PYTHAGORAS I.  During the years 1999-2010 he worked in several Greek Universities and Technological Education Institutes.

His recent research interests include: Applied Mathematics, Partial (Nonlinear) Differential Equations with Applications in Physics (eg Kirchhoff Equations), Nonlinear Dynamic Systems, Elliptic and Parabolic Problems, Simulations and Systems Modeling. He has published several publications (> 35) in international journals with high impact factor, as well as presentations of scientific papers (20) in international and Greek conferences. He has been a member of undergraduate committees, as well as a reviewer of scientific papers in various international journals.